The Chinese tech-giant OPPO has announced a big price cut on its smartphone A7 and mid-ranger R17 Pro. OPPO has cut the prices of both smartphones by up to Rs. 10,000.
Quite, the price decrease will be available via both offline and online. 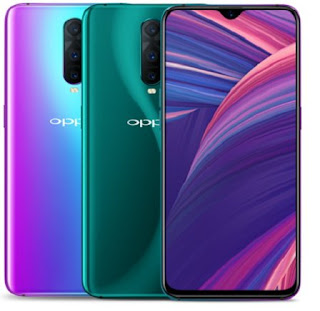 OPPO A7: Design and specifications

The OPPO A7 highlights a 6.2-inch HD+ waterdrop notched display with a 19:9 aspect ratio and an 88.3% screen-to-body ratio alongside with gradient back finish.
The handset is powered by a Snapdragon 450 processor, matched with Adreno 506 GPU, 4GB of RAM, and 64GB of capacity which is expandable up to 256GB via microSD.
Finally, it houses a 4,230mAh battery and runs Android Oreo-based ColorOS 5.2.

OPPO A7 sports a dual rear camera setup containing a 13MP main sensor and a 2MP secondary sensor, matched with a LED flash module.
On the front, the OPPO A7 houses a 16MP selfie snapper and accompanies HDR support and AR stickers.
Redmi K20 with Snapdragon 855 chipset, 48MP rear camera confirmed by teasers

The OPPO R17 Pro highlights a 6.4-inch FHD+ drop-notched display with a 19:9 aspect ratio, Gorilla Glass 6 assurance, and an in-display fingerprint sensor.
Inside, it is fueled by Snapdragon 710 processor, combined with 6GB/8GB RAM, and 128GB of internal memory.
The smartphone powered by a 3,700mAh battery with SuperVOOC Flash Charge support and runs Android Oreo-based ColorOS 5.2.

How about the new prices