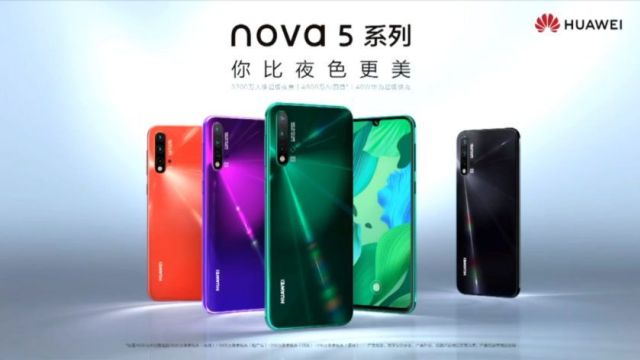 The Nova 5 Pro and Nova 5 offer a 6.39-inch waterdrop notched OLED display with full-HD+ resolution and 19.5:9 aspect ratio.
The Pro model is fueled by a Kirin 980 chipset, and the standard Nova 5 comes with a newly designed Kirin 810 processor.
The two smartphones powered by a 3,500mAh battery with 40W fast charging support, up to 8GB RAM, up to 256GB capacity, and run Android Pie software.

Nova 5i: At a glance

In the interim, Huawei Nova 5i accompanies a 6.4-inch punch hole display with 1080×2310 pixels resolution and 398 PPI.
The handset is supported by a Kirin 710 chipset, combined with up to 8GB of RAM and up to 128GB of capacity which is expandable up to 512GB via microSD.
Inside, it houses a 4,000mAh battery with 10W fast charging support and runs Android Pie OS.

Huawei Nova 5i gets a quad camera setup

How to check iPhone’s Battery healthy, Follow these methods