As per a report, LG is set to launch its flagship G8 ThinQ in India at some point around August 2019.
The LG G8 ThinQ offers first-class highlights including ‘FullVision’ OLED display, Snapdragon 855 chipset, and 128GB of storage.
It additionally includes an IR-sensor-prepared front camera, which is calls Z camera, that scans the veins in your grasp for authentication. 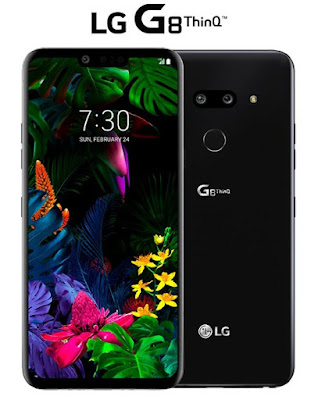 According to the report, the Indian variation of LG G8 ThinQ will have dual rear cameras containing a 16MP main camera and a 12MP secondary camera.
In any case, in certain markets, the device likewise includes a third rear camera which is a 12MP telephoto lens.
On the front, it sports an 8MP (f/1.7) snapper alongside a 3D ToF sensor, which LG calls Z camera.
Coolpad Cool 3 Plus with MediaTek Helio A22 launched in India at Rs. 5,999

In India, the LG G8 ThinQ is required to touch base at a cost of around Rs. 50,000. Once propelled, it will go facing other premium smartphones in the nation, for example, OnePlus 7 Pro and OPPO Reno 10x zoom.
Advertisement
READ  Reliance Jio Diwali Offer! Buy Jio 4G phone only Rs. 699