Huawei has launched the Nova 5i Pro smartphone in China at a starting price of CNY 2,199.
The key features of the handset incorporate its punch-hole design, quad back cameras, Full-HD+ display, and mid-level internals include a HiSilicon Kirin 810 chipset.
The pre-bookings for the smartphone are in progress via VMall.com and it will go at a sale starting August 2. 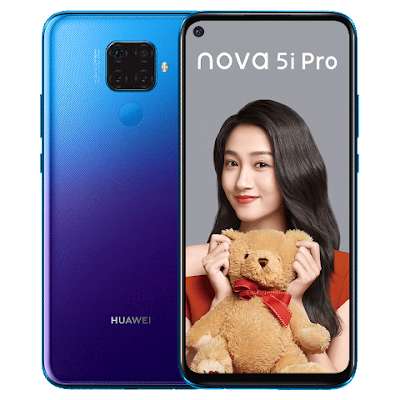 The Huawei Nova 5i Pro highlights a punch-hole structure with a slim bottom bezel, while on the backside, the matte-finished panel houses quad cameras, a LED flashlight, and a physical fingerprint scanner.
Regarding the display, the device sports a 6.26-inch LCD display with Full HD+ 2340×1080 pixels resolution, 19.5:9 aspect ratio, and 412 PPI.

Huawei Nova 5i Pro comes with a HiSilicon Kirin 810 chipset

The Huawei Nova 5i Pro is controlled by a HiSilicon Kirin 810 Octa-core chipset, matched with 6GB/8GB RAM and 128GB/256GB of internal memory that is expandable up to 512GB via microSD.
The smartphone keeps running on Android Pie-based EMUI 9.1 OS and packs a 4,000mAh battery with fast charging support.
In addition, it offers every single standard sensor and connectivity options including dual nano-SIM, Wi-Fi, Bluetooth, USB Type-C port, and a headphone jack.

The Latest Trend In Vivo Is Expected To Launch The Y93 In India Soon.

How to Hide Smartphone’s Files without using third – party Applications?