Samsung Galaxy Note 10 and Galaxy Note 10+ are set to launch in India tomorrow (August 20).
What’s more, only in front of the launch, the company has revealed the pre-booking offers available for both the flagships.
Samsung has additionally announced the cost of the top-level Note 10+ model and it won’t want shabby. 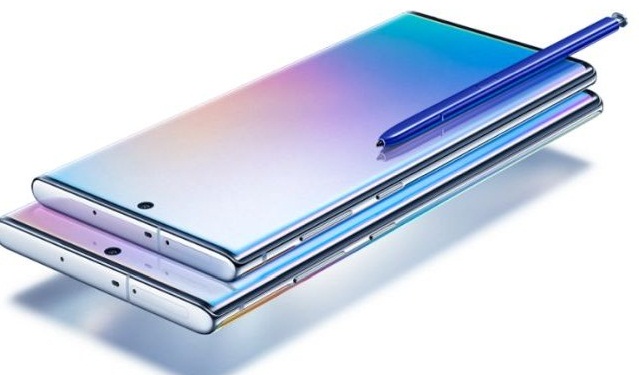 To recall, Galaxy Note 10-series includes another design with a middle adjusted punch-hole display, curved edges, and a cleaned glass back that offers a radiant gleam.
The 10 Plus model sports a vertically-mounted quad lens camera setup while the standard variation offers a triple camera.
Further, the two handsets house an overhauled S Pen and are the first Samsung flagships to come up short on a headphone jack.
Talking about displays, the two handsets share a similar design and built quality, the display is one of the key separating factors between the two.
The standard Note 10 offers a 6.3-inch full-HD+ 1080×2280 pixels resolution Dynamic AMOLED screen while the Note 10+ gets a bigger and keener 6.8-inch QHD+ (1440×3040 pixels) display.
The two handsets likewise accompany HDR10+, Dynamic Tone Mapping, and incorporated ultrasonic fingerprint sensors.

The Galaxy Note 10-series is controlled by the in-house created 7nm Exynos 9825 processor. The standard model accompanies 8GB RAM and 256GB of non-expandable capacity while the Plus variation gets 12GB RAM and 256GB/512GB of capacity which is expandable up to 1TB via microSD.
Inside, the Note 10+ houses a 4,300mAh battery (underpins 45W fast charging) while the ordinary model gets a 3,500mAh battery (bolsters 25W fast charging).