Samsung announced Galaxy A80s 128GB storage variant in India. The new variant sits next to the existing Galaxy A30S model with 64GB of onboard storage which was launched in September this year along with the A50s model.

The key features of the Galaxy A30s handset include an Infinity-V Super AMOLED display with waterdrop notch design offering a triple rear camera setup and an Exynos 7904 processor. 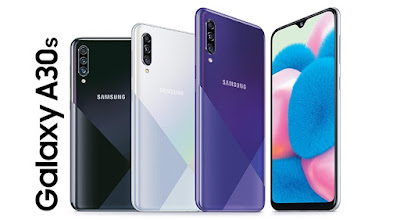 Meanwhile, here is a recall of Samsung Galaxy A30s

The Galaxy A30s gets the triple rear camera setup

Under the hood, the Galaxy A30s controlled by an Exynos 7904 Octa-core chipset matched 4GB of RAM and 64GB/128GB built-in storage. Furthermore, there storage expandable option up to 512GB via microSD for both.
This smartphone runs with the Android 9 Operating System and powered by a 4000mAh battery with 15W fast charging technology.
Vivo S1 Pro Amazon Teasing set to launch India on January 4

The Samsung Galaxy A30s 128 GB Storage configurations priced at Rs. 15,999 while the 4GB/64GB model selling on Amazon India at the price Rs. 14,999.
However, the newly launched 128 GB configuration available via select offline retailers in the nation. So far it hasn’t debuted on e-commerce sites.
Advertisement
READ  5 Best Smartphone in 2018 with 4000mAh Battery or above

Lenovo Z6 Pro leaked in full-glory, ahead of launch