Samsung now preparing to bring a new smartphone under the Galaxy M series which will be launched in the name of Samsung Galaxy M01s. However, the phone was found on the Google Play console and is now visible on the company’s website. The Samsung Galaxy M01s will be a rebranded version of Galaxy A10s launched in August last year.

The Samsung Galaxy M01s to offer Galaxy A10s like features

As mentioned the Galaxy M01s have been listed on Samsung India’s official website and it is now confirmed that the phone is ready for entry into the market. The upcoming Samsung phone listed with the model number of SM-M017F and may come with a 3GB RAM option. This information also came out in some of the leaks that came in the past. 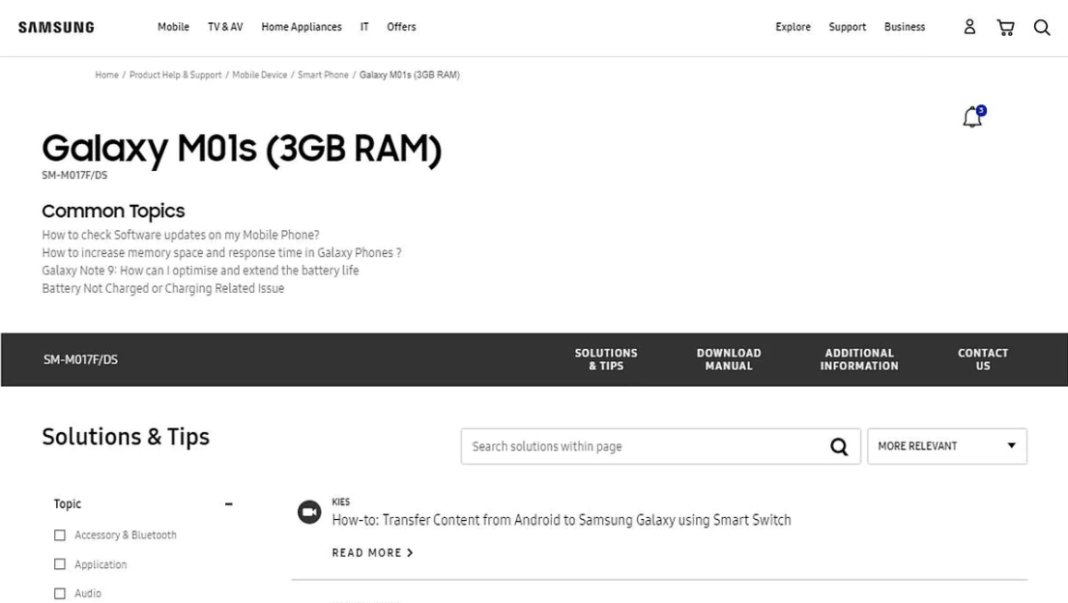 Galaxy M01s will come with a dual rear camera

Dual rear camera setup can be given on the phone including a 13MP primary camera and a 2MP depth sensor. On the front, the phone has an 8MP selfie shooter.

It will be powered by the MediaTek processor

Moving to the specifications some specific information about the M01s phone has not yet come out. However, the features of the Galaxy A01s last year are a 6.2-inch IPS LCD display with a resolution of 720×1520 pixels. The phone MediaTek Helio P22 is given an octa-core processor. In the OS, it comes with Android 10 out-of-the-box based One UI 2.0.

The Samsung phone can get a battery of 4000mAh to give power to the phone and there will be a fingerprint sensor for biometric security. For connectivity, it includes a micro USB port for charging.

How much the handset ill cost

Talking about the price of the Samsung Galaxy M01s, it may launch at a price of around Rs 10,000. But the company has not shared any information on the launch date.