Gionee M12 smartphone has introduced in Nigeria. In this phone, you will get a punch-hole design for the selfie camera as well as a quad rear camera system with a 48-megapixel main sensor. Besides, this Gionee M12 smartphone has released with two processors, one MediaTek Helio A25 and the second MediaTek Helio P22. It has a massive 5,100mAh battery and presents Dazzling Black and Magic Green finish. 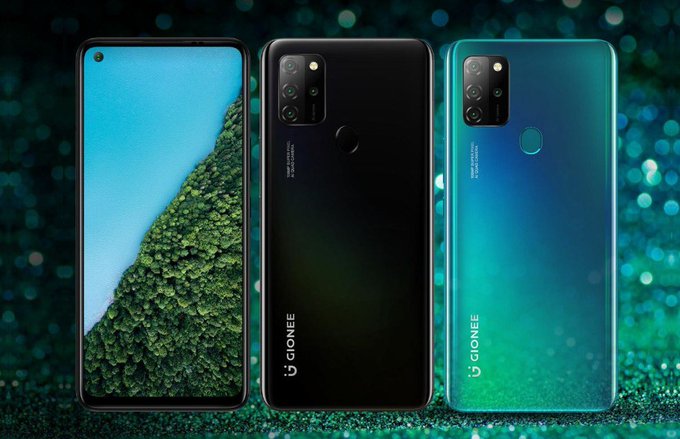 Talking about the specification, the all-new Gionee smartphone offers a punch-hole design for the selfie camera. The phone offers a 6.55-inch HD + (720×1,600 pixels) display with 20: 9 aspect ratio and 91% screen-to-body ratio. The handset includes a rear-mounted fingerprint sensor and supports face unlock as well.

For photography and video, the smartphone is equipped with a 48-megapixel (f/1.79) primary camera, 5-megapixel (f/2.2) wide-angle lens. Further, there are two 2-megapixel cameras. Inside the punch-hole cutout, it houses a 16-megapixel selfie camera sensor.

Moto G100 and Moto G50 have launched in Europe. Specifications-wise, the G100 is powered by the Qualcomm Snapdragon 870 processor with a quad-camera setup...
Read more
MOBILES

iQoo U3X 5G the newest 5G smartphone from the Vivo sub-brand. It is a watered-down model of the iQoo U3 that was introduced in...
Read more

Moto G100 and Moto G50 have launched in Europe. Specifications-wise, the G100 is powered by the Qualcomm Snapdragon 870 processor with a quad-camera setup...
Read more

Apart from the OnePlus 9 series smartphones the company additionally announced the much-awaited OnePlus Watch. The watch comes with a circular design along with...
Read more
Load more